How Derived: Past Life Memories in Childhood, Spirit Being Guidance, Similarities in Appearance and Behavior 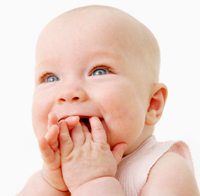 Camelo Samona was a medical physician in Palermo, Italy, who in 1911 published a report regarding a reincarnation case involving his daughter, Alessandrina. Carmelo’s wife’s name was Adele and in addition to their daughter, they had three sons.

Alessandrina contracted meningitis at the age of about 5 and she died on March 15, 1910.

From the Spirit Realm, Alessandrina Communicates through a Dream

Three days after Alessandrina’s death, her mother, Adele, had a dream of her dead daughter who said.

“Mother, do not cry, I have not left you, only withdrawn. Look! I am going to become small like this.” In the dream, Alessandria then made a gesture to indicate the size of a baby. She then said, “You will have to suffer again for me.” (1)

As a Spirit, Alessandrina Knocks on the Door

Three days later, Adele had the same dream. A few days after these dreams, Camelo and Adele both heard three loud knocks at their door. Their three sons also heard the knocks. The family opened the door, but no one was there.

On April 10, 1910, less than a month after Alessandrina had died, Adele realized she was pregnant. Due to the dreams and the knocks on the door, Camelo and Adele decided to participate in séances, hoping to better understand what was going on.

Alessandrina Communicates from the Spirit World

On May 4, 1910, Camelo and Adele participated in a mediumistic seance. In these sessions, a medium would pass on information from deceased individuals, souls in the spirit world, to the human beings who participated in the séance. Often times, deceased relatives of participants would communicate through the medium.

In the seances, Adele and Camelo were also told that a second soul was around them and that this soul would be born with Alessandrina. In other words, Adele would have twins.

Through the medium, Alessandrina also told Adele and Camelo that after the third month of pregnancy, Alessandrina would not be able to communicate through the séances as she would be more attached to matter and as a result, would be sleeping. 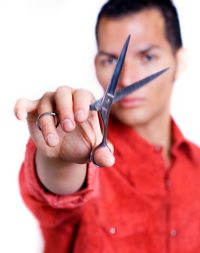 At birth, Alessandrina 1 and 2 both had redness in the left eye, a rash called seborrhea behind the right ear and slight facial asymmetry. Maria did not have these features.

Alessandrina 1 and 2 had phobias of loud noises and of barbers, and they both disliked any cheese. They liked to fold and smooth clothing and cloth, such as sheets and towels. They both liked to play with shoes and put adult shoes on. Maria didn’t have phobias of noise or barbers and she liked cheese. She didn’t like to fold cloth or play with shoes.

Alessandrina 1 and 2 tended to speak in the third person. When fearful, they would say, “Alessandrina is afraid. (2) They also like to create pet names. For example, Aunt Cateria became Caterana. (3). They were both left handed, became interested in spiritual matters, but avoided housework.

Maria, in contrast, did not speak in the third person, didn’t modify names, was right-handed (like all the other family members) and wasn’t interested in spiritual affairs, but she did like housekeeping. 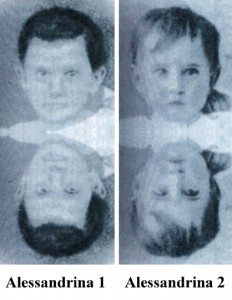 In his report, Camelo published photos comparing Alessandrina 1 when she was almost 4 years old to Alessandrina 2 and Maria when the twins were 2 years old. The images showed that indeed, Alessandrina 1 and 2 both had the same facial asymmetry, in that the left eye was significantly closer to the midline than the right. The folds of the eyelids were similarly asymmetric. Adele thought that in physical appearance, Alessandrina 2 matched Alessandrina 1 “perfectly,” except that 1 was darker in complexion. (4)

Camelo also reported a past life memory that Alessandrina 2 had when she was 8 or 9 years old. Camelo and Adele proposed to their children that they take a vacation trip to the city of Monreale, where they would tour the great Norman church in that city. Adele said to their girls:

“When you go to Monreale, you will see some sights you have never seen before.”

Adele then told her daughter that she had never been to Monreale. Alessandriana 2 then protested: 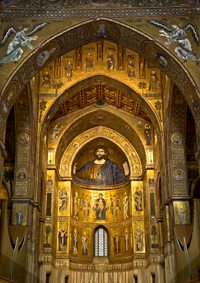 “Yes I have. I have been there. Don’t you remember that there is a great church there with a huge man on the roof with his arms spread out? And do you not remember how we went there with a lady who had horns, and we met some small priests who wore red?” (6)

Adele and Camelo were stunned by their daughter’s response. They did not recall ever speaking to her about Monreale and they were puzzled by her reference to a woman who had horns.

Adele then remembered that a few months before Alessandriana 1’s death, they had taken to her to Monreale to see the church there. On this trip, they had taken a female friend who had a skin condition that involved prominent, protruding lesions or bumps on the forehead, which could be interpreted by a child as horns.

Adele also recalled that just as they were entering the church, they met Orthodox priests who were wearing blue robes decorated with red. Adele and Camelo also remembered that Alessandrina 1 took great notice of the woman with the skin condition on her forehead and by the priests they had met at the church.

Is This a Reincarnation Case? 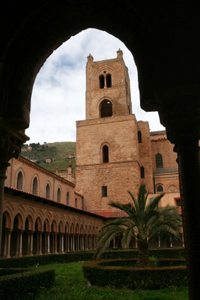 The similarities in physical appearance and behavior between Alessandrina 1 and 2 could be explained by genetics, as they were born from the same parents.

The shared phobias of barbers and of loud noises support Alessandrina 2 being the reincarnation of Alessandrina 1.

Most importantly, Alessandrina 2 had memories of the visit to the church in Monreale, of the woman with horns on her forehead and the monks in robes with red, which all correspond to events that occurred in the life of Alessandrina 1.

Physical appearance remains the same from one incarnation to another.

Phobia from a Past Lifetime: This case demonstrates that phobias can persist from one incarnation to another, as Alessandrina 1 and 2 both had phobias of loud noises and of barbers.

Relationships Renewed through Reincarnation: This case shows that souls can reincarnate in the same family.

Spirit Being Involvement: Alessandrina 1 was able to predict from the spirit world, through a medium, of her coming birth with a twin sister before Christmas, which did occur.

This type of split incarnation case, in which a soul is involved with a pregnancy while it animates a living person at the same time, was also observed in the Hanan Monsour | Suzanne Ghanem reincarnation case, which was also researched by Ian Stevenson, MD.