British Justice of the Peace Olubunmi Adedeji-Reincarnation Research Board: Africa 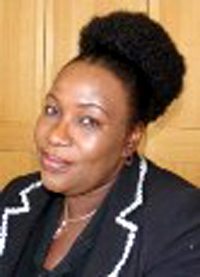 Olubumni was born in Stratford England, where her Nigerian parents were university students. Due to financial circumstances, she was taken in by English foster parents at the age of six weeks. Her foster-father was a retired Royal Air Force pilot who inherited an undertaker’s firm.

As a child, Olubumni found that she had clairvoyant abilities, as she could see the spirits of the recently deceased at her family’s funeral parlor. When she was seven, her birth parents took her back to Africa, where Olubunmi found that life could be hard.

In time, Olubunmi returned to England where she studied African History at the university level. She then earned a degree in law and became a Magistrate or Justice of the Peace in England, a position she continues to hold.

Olubumni is a political activist and an active member of the Conservative Party in the United Kingdom. Her passion is encouraging members of ethnic minorities to become involved in politics and in this capacity she serves on numerous boards.