How Case Derived: Spontaneous Past Life Memories in Childhood

From: Unlearned Language and European Cases of the Reincarnation Type,
by Ian Stevenson, MD

This case demonstrates that people can reincarnate within the same family. It also represents a case of xenoglossy, for as a child, Blanche Bautista recited a song in French, a language she did not learn by normal means. In addition, a physical resemblance was noted from one incarnation to another. 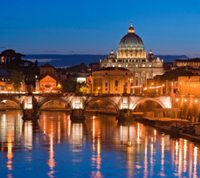 Flornida Bautista was a captain in the Italian army. He and his wife lived in Rome, pictured to the right, where they had a child named Blanche. They had a domestic servant from Switzerland named Mary, who only spoke French.

Mary sang a French lullaby to Blanche to put her to sleep. Blanche eventually learned to sing this French lullaby. Unfortunately, Blanche died in 1902 when she was only 2 years old. After Blanche died, Mary left the family and went back home to Switzerland

Blanche Communicates from the Spirit Realm

Three years later, Signora Bautista, Flornida’s wife, was pregnant again. When she was three months pregnant, Signora Bautista had a vision in which she received a message that Blanche was returning to the family.

Captain Flornida Bautista explained that in August 1905, he and his wife were lying in bed, fully awake. He then said that his wife reported seeing a figure who appeared to be their little daughter, Blanche.

In the vision, the little girl joyfully said, “Mama, I am coming back.” The figure then disappeared. (1) 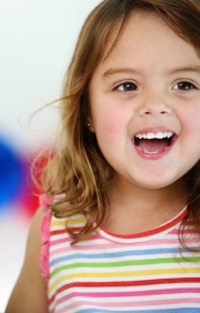 A baby girl was born in February 1906, who was also named Blanche. The parents noted that the second Blanche looked very similar to the first, with dark, round eyes and curly black hair.

When her parents asked who taught her the French lullaby, the second Blanche stated, “No one, I just know it by myself.” She then continued singing the lullaby. (2)

Recitative Xenoglossy: This case demonstrates what Ian Stevenson, MD termed recitative xenoglossy, where an individual can speak or recite a language that has not been learned by normal means.

Relationships Renewed through Reincarnation: This case shows that people can reincarnate within the same family, presumably bound by emotional and karmic ties.

Physical Resemblancee: Flornida and Signora Bautista noticed a clear resemblance between Blanche 1 and 2. This could, of course, be attributed to genetic factors. Images of the two girls, unfortunately, are unavailable.

Spirit Being Involvement: This case provides evidence of spirit beings, as it appears that the spirit of the first Blanche came to Signora Bautista and communicated that she would be born to her parents again.

Please note that image provided above is not an actual photo of Blanche Bautista, but a dramatization.