A Ukrainian Jew Reincarnates into a Christian Family in Oklahoma: The Reincarnation Case of Marty Martyn | Ryan Hammons 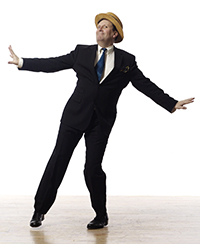 From: I Saw a Light and Came Here, by Erlendur Haraldsson, PhD and James Matlock, PhD

The Life of Marty Martyn

Morris Kolinsky was born in Philadelphia May 19, 1903. His parents were Ukrainian Jews who had recently immigrated to the United States. He had two sisters, one of whom died in childhood. Morris and his surviving sister moved to New York City to get into show business. Morris did manage to tap dance on Broadway. He then relocated to Los Angeles where he took the stage name Marty Martyn.

In 1932 Marty had a part in the movie Night After Night, whose star was George Raft, though Marty’s role did not involve any spoken lines. He was unable to make a living as an actor, so he founded the Marty Martyn talent agency. His agency was successful. 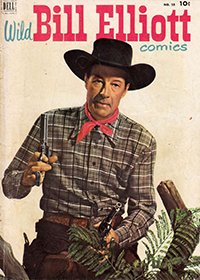 Marty Martyn was married four times, accumulating one biological daughter and five stepchildren. With his fourth marriage, Marty legally adopted his three most recent stepchildren, who were all boys. The family lived in Beverly Hills on Roxbury Drive in a large house with a pool in the backyard.

Marty loved the beach, had an extensive collection of sunglasses and he reportedly suffered sunburns frequently. He enjoyed Chinese food, fine clothes and travel, sailing to Europe on the Queen Mary and visiting Paris several times. Politically, he was a Republican.

Marty Martyn developed leukemia and died in the hospital of a cerebral hemorrhage on December 25, 1964 at the age of 61.

Ryan Hammons was born in Muskogee, Oklahoma in 2004, 40 years after the death of Marty Martyn. Ryan’s mother’s name is Cindy and the family is Christian. The development of Ryan’s speech was delayed by enlarged adenoids, which are a cluster of immune system cells located in the back of the mouth. Enlarged adenoids can hamper breathing, as well as speech. After his adenoids were surgically removed, Ryan finally started speaking in full sentences when he was four years old.  At that point, Ryan started talking about a past lifetime. 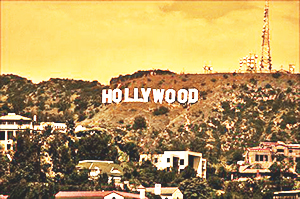 Ryan said that he wanted to go home to Hollywood and begged his mother to take him there so that he could visit his “other family,” including his three adopted sons who he was worried about. He said he had two sisters and one biologic child, a daughter from his first marriage.

Ryan said that he worked for an “agency” where people changed their names. He inferred that he had power in this position by making statements such as:

“Do you know who I am? If you mess with me you won’t ever work in this town again.”

Ryan said that he had a big house with a swimming pool that was situated on a street that had a name with “rock” in it. Further, he said that he had traveled by ship, visited Paris and viewed the Eiffel Tower. 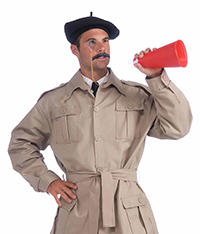 Ryan said that he had danced on Broadway and he like to demonstrate tap dance routines. In kindergarten, he would play at directing movies. He related that he used to go to Chinatown and when his parents first took him to a Chinese restaurant, Ryan knew how to use chopsticks without being taught. He had a fascination with sunglasses and he said in his past life, he had been sunburned often. Ryan also said that he didn’t like Franklin Delano Roosevelt (a Democrat.)

Ryan related that he remembered being in Cindy’s womb and he asked why she had wanted him to be a girl. Ryan stated that he observed her cry for a long time when Cindy learned that she was going to have a boy. Cindy was surprised that Ryan knew about the crying episode, which was true, but Ryan had no way to know about the incident by normal means as she or Ryan’s father never told him about it. 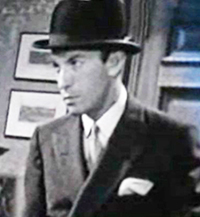 Cindy decided to investigate Ryan’s statements regarding a past lifetime and she researched books on Hollywood from the community’s library. As Cindy and Ryan were perusing these books, they came upon a photograph from the movie Night After Night. Ryan recognized one of the men in the photo as himself. This man is pictured to the right. Ryan said another man was named George and a third man in the photo was a friend of his who was a cowboy and who a starred in cigarette commercials. Unfortunately, the man who Ryan said was him in a past incarnation was not identified by name in the book or the movie credits of Night After Night.

With this information at hand, Cyndi contacted Jim Tucker, MD, an academic psychiatrist at the University of Virginia, who has taken over the work of the late Ian Stevenson, MD. When Ryan was five years old Dr. Tucker traveled to Oklahoma to study this case. A television production company that was making a program on children with past life memories came with Tucker.

Ryan Recognizes the Home of his Past Life Friend, Wild Bill Elliot

Based on a facial resemblance, production company staff made a tentative identification of who the actor was in the Night After Night photo that Ryan claimed was him. The company flew Ryan to Los Angeles and drove him by the home of this actor, but Ryan did not recognize it. Ryan did recognize the home of Wild Bill Elliot. Concluding that the proposed actor was an incorrect past life match, the TV production company hired a film archivist who eventually identified the mystery man in the photo as Marty Martyn. By this time, Ryan was six years old.

Ryan meets his Past Life Daughter

On a subsequent trip to California, Ryan met his past life daughter. This daughter was only eight years old at the time her father, Marty Martyn, died, while she herself was 57 years old when she met Ryan. Still, Ryan said that he recognized her face.

Ryan wants to Study Judaism, his Past life Religion 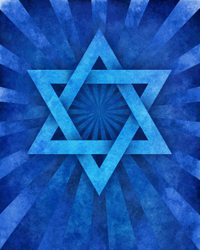 Though Jim Tucker did the initial investigation of this reincarnation case, psychologist Erlendur Haraldsson, PhD did follow-up interviews with Cindy by phone. Ryan was 11 years old at the time of Dr. Haraldsson’s phone interviews. Haraldsson noted at this time that Ryan loved music from the 1950’s and that he affiliates with the Republican party.

Most interestingly, Dr. Haraldsson noted that Ryan wants to study Judaism, which is a source of “friction” within his Christian family.

Change of Religion: Marty Martyn was Jewish and of Ukrainian ethnicity, while Ryan was born to a Christian, American family in Oklahoma.

Spirit Beings in Reincarnation Cases: Ryan said that he picked Cindy to be his mother from the spirit realm. Further, he knew Cindy wanted a girl during her pregnancy with Ryan and that she cried for a prolonged time when she found out that she was having a boy. Ryan witnessed this event from the spirit world.

Relationships Renewed through Reincarnation: Ryan met his past life daughter. In addition, Ryan stated that he knew Cindy in a previous incarnation

Past Life Talent: Ryan knew tap dance routines and he was adept at using chopsticks without instruction.