A Phobia of Loud Noises from a Past Lifetime: Reincarnation Story of General Werner Seehofer | Helmut Krause

Werner Seehofer was born in Bratislava, Slovania on Auguest 14, 1868. At that time, Bratislava was part of the Austro-Hungarian Empire. When he became old enough, Werner joined the Austrian Imperial Army.

He lived in Vienna for a period of time and gradually rose in rank. By 1902, Werner was a Colonel and he was assigned to a post in Linz, Austria, 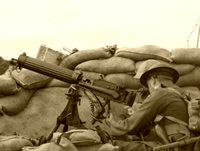 where he remained until 1907. By January 1918, he had become a General and was assigned as the Commander of a Division on the Italian front in World War I.

On June 17, 1918, inexplicably, Werner left his headquarters and continued walking until he was beyond the front line. Numerous Austrian soldiers warned Werner from going further, but he ignored their pleas.

It is unclear what happened next, but newspapers reported that Werner was wounded and became a prisoner of the Italian army. He was thought to have died in an Italian army hospital soon after his capture, at the age of 48. In retrospect, it was thought that Werner had developed a mental disorder which impaired his judgment, prompting him to walk into the hands of the Italian enemy.

Past Life Memories: Helmut Krause Remembers his Past Life Address in Linz

Helmut Krause was born in Linz, Austria, on June 1, 1931, about 13 years after Werner had died. From the age of 4, Helmut spoke frequently about a past lifetime. Helga Ullrich was a family friend who often brought Helmet home from kindergarten. One day, Helmet told Helga: 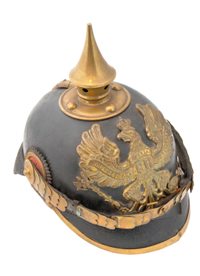 Past Life Memories: Helmut Remembers his Past Life Address in Vienna & In-laws in Linz

Past Life Behavior: Little Helmut Maintains the Discipline of an Officer & Salutes 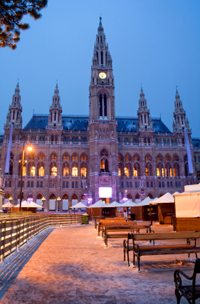 When he was introduced to Werner Seehofer’s widow, he behaved very shyly, in contrast to his usual friendly behavior. Ian Stevenson, MD, thought that his atypical, shy behavior may have indicated recognition by Helmet of his wife from a past incarnation.

As he grew older, Helmet developed passions for horseback riding and sports, which was also characteristic of Werner.

Past Life Phobia of Loud Noises

Helmut had a marked fear of loud noises, like gunshots, which may have been related to Werner’s experiences in World War I and the injury he suffered, which led to his death.

The strength of this case rests on Helmut’s ability to name three specific addresses related to Werner Seehofer’s lifetime, which were factually verified. Helmut identified Werner’s address in Linz, his specific address in Vienna and the address of Werner’s in laws in Linz.

Helmut also behaved like a World War I officer, even though no family members were soldiers. Helmut’s father was a biologist and there were no contemporary role models who could have prompted Helmut’s military behavior.

This reincarnation case, if accepted, demonstrates the following feature:

Phobia from a Past Lifetime: As noted, Helmet had an aversion to loud noises, such as gun shots, which may have been related to Werner Seehofer’s death on the Italian front in World War I.